Thoughts from the President: July 2022

It must have been at least 25 years ago, but I remember it like it was yesterday.  I was a young Substance Abuse Therapist serving on a special “Therapeutic Community” (TC) recovery unit at the Virginia Correctional Center for Women (VCCW – Goochland – then Virginia’s only state women’s prison).  I was an ordained Christian minister, but I was working this “secular” social work job to help pay the bills and feed my family.  It was actually very rewarding.  It felt more like “ministry” than anything I’d ever done inside the four walls of a church building.  Many of these women had actually come to the point in their recovery where they felt real freedom, joy and gratitude.  The “recovery groups” I facilitated for/with these women could be truly fulfilling.

But there she sat.  AGAIN.  The one inmate that could RUIN any group session she attended.  As usual, “Nancy” had an angry scowl on her face.  She was slumped back in her chair, arms folded tightly, teeth clenched, face red, staring straight down at the floor – just generally making it clear that she did NOT want to be there.  I thought, “Oh no, here we go again.”  She had done this what seemed like a million times before.  We went around the group doing a “feelings check.” But when Nancy’s turn came, she just tightened her lips and said NOTHING.  I of course asked her to share how she was feeling.  She angrily said, “I ain’t got nothing to say!”  Experience had taught me to just leave her alone and move on to the next person.  But as usual the members of the group took the bait.  They began to beg, plead and coax Nancy to share how she felt and to let out her hurt and anger.  But as usual she just sat there, dug in and silent as a stone.  The women tried everything – babying and coddling her and showing empathy so she would share.  But of course she still wouldn’t.  All that finally came out of her mouth was a terse “shut up and leave me alone!”

Nancy had once again succeeded in hijacking about half of the therapy session’s 1-hour timeframe.  I finally moved things along, and the women began to share things that were going on in their lives.  Then when one tearfully shared about a struggle/conflict she was having with her mother, Nancy exploded.  She had been waiting for this opportunity.  “You think YOU have problems? Try dealing with MY #$@!+%# mother!!!” She proceeded to list all of the terrible things her mother had done to her and continued to do to her.  Once again, she had managed to pull the group off track, to “top” someone else’s story and of course to hog all of the attention and time of the group.  Now about half of the women jumped in to try to comfort her, while the other half scolded her for belittling and interrupting the other group member. Well, somehow, we managed to make it through another recovery group session.  Ugh.  Nancy was without a doubt one of the angriest and most bitter human beings I had EVER met.  She remained that way through most of her incarceration.

Now skip ahead 25 years – to just last week.  In the mail I received a check, a small donation to our prison chaplaincy ministry.  Along with it was a short, handwritten note.  It read:  “Mr. Myers, I know this isn’t much, but I wanted to start giving something to your ministry.  I work as a waitress now on the Eastern Shore.  I don’t make much, but I want to try to send a little something every few weeks if I can.”  I almost cried.  Nancy had reached out to me on Facebook in recent years and we had reconnected.  I was thrilled to learn that Jesus had changed her heart and life!  Her mother had passed away many years ago, as had her husband, who had died young from an aggressive cancer.  Her only child – a daughter – had long since moved out of state.  Nancy is now pretty much alone in the world.  But she has her faith.  She is free from drugs – and she is no longer angry at the world.  Her heart of ice and stone has melted.  She tells me that she regularly reads her Bible, prays and attends church (about the only “family” she has now).  Nancy has been keeping up with GraceInside and with our prison chaplaincy ministry.  She is SO excited about what our Chaplains are doing to help change the hearts and lives of women and men in the prisons!  She send me encouraging message on Facebook.  And now she has become a DONOR!!!  Her first gift reminds me of the “widow’s mite” in the Bible.  Her donation may seem small to others, but it is HUGE because of how little she has materially and because of how HUGE her love and gratitude for God’s GRACE is!  Wow!!!

Nancy is a living illustration of what Jesus said: “He/she that is FORGIVEN much LOVES MUCH.”

Are you grateful for God’s grace and love in YOUR life?  If so, would you help SHARE that grace and love with a lost and lonely incarcerated man or woman?  Through the loving, dedicated ministry of our Chaplains, YOU can help change and transform a heart and life, too.  What an opportunity!  What a privilege to be a part of the work of God’s Kingdom.

Thank you Nancy.  Thank you Jesus.  And thank YOU, dear Friend!!!

Yours in Christ’s Amazing Love, 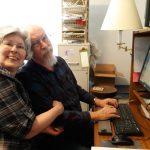 Thoughts from the President: August 2022

Have you ever heard of a husband-and-wife prison chaplaincy team?  Did you know that such a thing even existed?  Well, it does, and I am 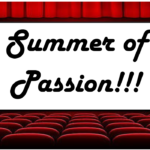 Donate to GraceInside’s “Summer of Passion” campaign – July 1-September 5 – to help us raise $50,000 and provide second chances to “the least of 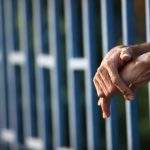 GraceInside has had quite a few Chaplain changes in recent times (especially over this past year). Chaplain Curtis Wall has retired as Chaplain at Lunenburg